The event was live streamed on Social Media across the channels belonging to the School. Five distinguished Old Boys who excelled in their respective field were present to talk about the days they studied at Zahira and how it inspired them to where they are now.

Zahira College, Colombo was founded in 1892 as Al Madrasathul Zahira by two of the most prominent Sri Lankan Muslims of the day, I.L.M. Abdul Aziz and Arasi Marikar Wapicchie Marikar, with the active patronage of Ahmed Orabi Pasha of Egypt.

Today Zahira College is the largest Muslim educational institution in Sri Lanka with more than 5,600 students and nearly 300 teachers.

After the National Anthem and College Song, the welcome Speech was delivered by M. Minhaaj, President of  Zahira College Batch of 2011.

Keynote and Introduction of the Speakers presented by Principal of Zahira College Trizviiy Marikkar.

Event was Co Hosted by Akil Masoon and Firaz Fariz from batch of 2011 in English and Sinhala Languages. 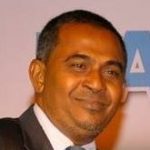