Alhamdulillah! With the grace of Allah, the batch of 2007, called as ‘G7’ successfully conducted its 6th Annual Ifthar programme on Sunday, 25th April 2021, at Meridian Banquet Hall, Wellampitiya.

The main objective of organizing the annual ifthar, is to strengthen the batch unity and promote fellowship among the members. It was delighted to see a packed hall with G7 members, sharing their school memories.

The ifthar progarmme was fully sponsored by our batch mates namely, Mr.Asif Haniff – Project Chairman of 6th Annual Ifthar and Mr.A F M Fayas – President of of Batch of 2007.

The inaugural address was delivered by General Secretary, Mr.M.Arshad Jaleel and followed by college song and national anthem. The Project Chairman, Mr.Asif Hanif warmly welcomed the members to the programme.

Since the country is facing a difficult time due to the pandemic Moulavi Ash Sheikh Ilham (Rashadi) delivered a speech on charity followed by dua.

Treasurer Mr.Hisham announced the total Ramadhan contribution received from G7 members and it will be equally distributed among our less fortunate batchmates.

Vote of thanks was delivered by President Mr.A F M Fayas followed by Salawath.

A mouthwatering Memon style string hoppers biriyani was served for dinner including ‘Rabri and Jelabi’ as dessert and sweet betel beeda. 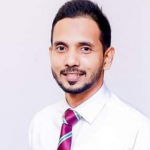