Professor Furkhan is our patron. We take pride in what he has contributed to the college, community, and nation. But we as an OBA should be exemplary and make all efforts to drive righteousness to college and community. OBA recognizes his work as well as other 20,000+ alumni contributions.

The primary reason to show OBA’s displeasure is the absence of a coherent policy. For a historical monument like Ghaffoor Hall, we need well-articulated guidelines to follow in toto. OBA was amazed and puzzled to comprehend that there was no sign of any policy related to portraits as such to warrant the portrait of Prof. Furkhan. This lacuna was exploited by the supporters to install the aforesaid at the Ghaffoor Hall.

OBA was worried about the future repercussions such as what if an old boy gives 50Mn for some project and requests for his portrait to hang at the Ghaffoor Hall? In fact we already have a couple of old boys in this category who deserves it.  What if a not-so-rich person contributes to the college in a different way?

Walking out was the last resort to demonstrate our displeasure.   When OBA Exco came to know the unveiling of the portrait, we wrote an official letter to the Board of Governors (BOG) of Zahira College requesting the criteria and policy towards the portrait and we also suggest a couple of names whose contribution also to consider.

After several attempts, eventually, BOG set up a meeting one day before the event. They accepted our grievances and responded in writing that they will remedy thereof. The letter is attached below:

Regrettably, BOG was not in a position to revoke the decision or delay the function. Henceforth, OBA decided to show our displeasure and discontentment and in a peaceful and civilized way, duly informed our stance well in advance to the authorities.

The act of displeasure, specifically in his speech to symbolize the manipulation and doctrine of information portrayed. Also, the weakness of the system has been taken advantage of. We also wanted to highlight when we carefully analyze the chronological history there were a number of deliberate attempts to keep the system weak.

In sum, we are not against Professor Furkhan’s achievement.  We are against the system and the policy that recognized those achievements without any procedural merits. Certainly this will set a bad precedent. We believe our show of displeasure will accelerate resolutions, processes, and policies in overall operation for the betterment of Zahira. 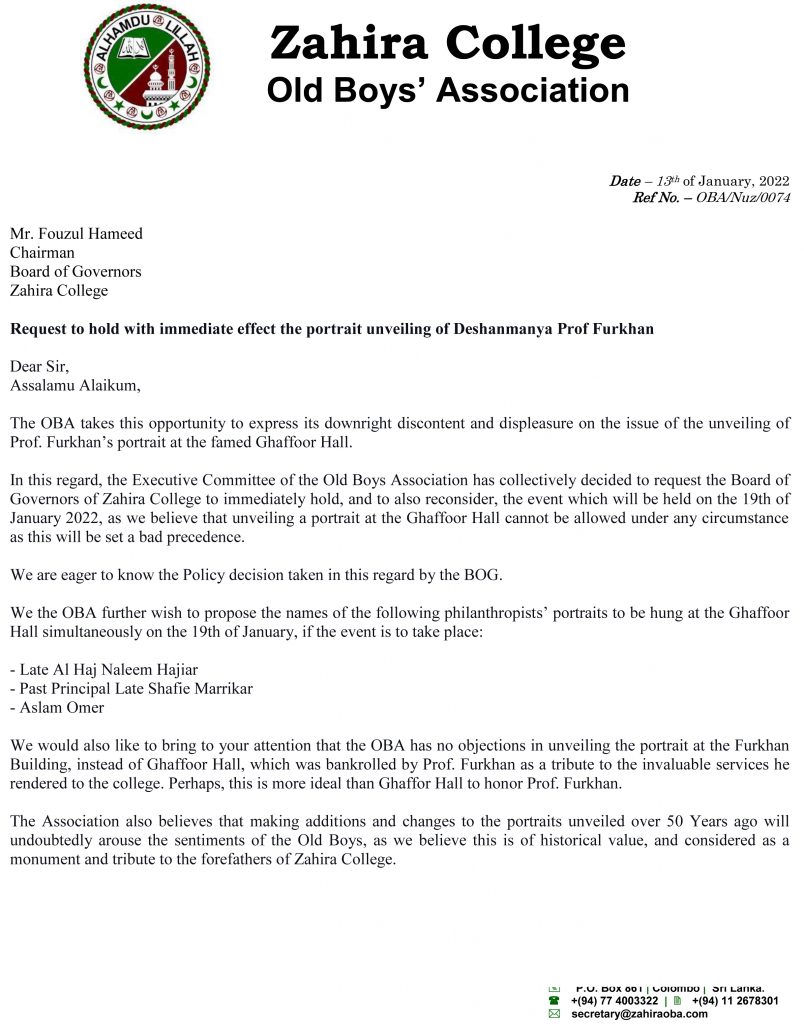 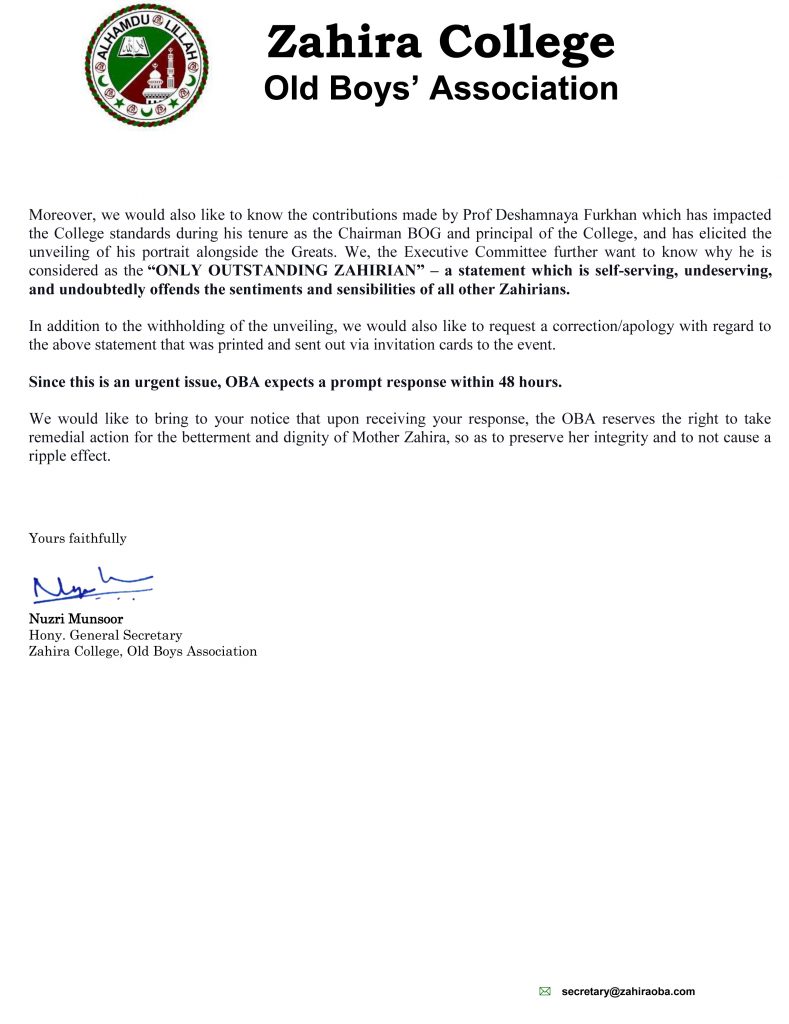 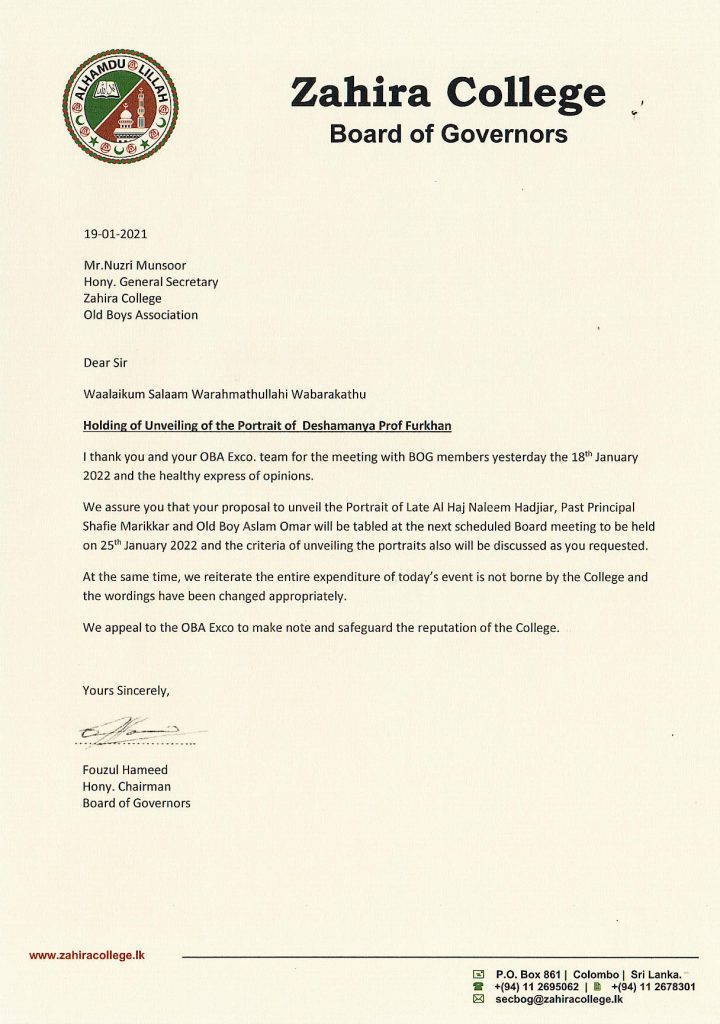 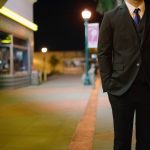