Zahira College Veterans had their Annual Ifthar Programme on the 24th of April 2021 at the Sausha Grand.

Preident of the OBA & Secretary to the Board of Governors Mr. Alavi Mukthar along with other Board Members, Old Boys & Zahira Veteran Members graced the occasion.

The Membership Cards were officially launched during the programme by the President of the Veterans to Mr. Sharan Laffir and few cards were handed over to the Senior Members.

A Special Award was also presented to Zahira College Football lagend and former national cap Naina Mohamed for being selected to the National Football Selection Committee by sport ministry & a Token of Appreciation to Mr. M.S.M Faiz for his contribution towards Zahira Veterans. 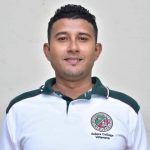